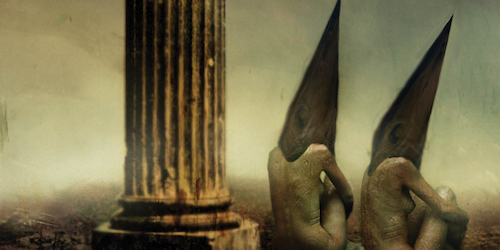 Pleased to mention my story, “The King of Stones”, originally published in THE MAMMOTH BOOK OF FOLK HORROR, has been recently re-published in the 14th volume of THE BEST HORROR OF THE YEAR (Skyhorse, 2022), edited by Ellen Datlow. This marks the second story I’ve had in this venerable series (the first being “Stemming the Tide”, way back in Volume 6).

There’s not much to say about the history of where this story came from that I didn’t cover previously, except to reiterate that as far as my own stories go, this is one of my favourites. It often takes me some time to warm to my own work—or, rather, time to forget I wrote it and instead see the story as its own thing—but in this case I knew straight away I liked it. But, of course, I didn’t know if anyone else would feel the same. Having Stephen Jones select it for the Mammoth Book of Folk Horror certainly helped allay some of my concerns, as did the few reviews of that book that followed, but having Ellen Datlow take it for the BHoY series felt like a real coup. Anytime someone likes something I’ve written is cause for celebration, to be honest. As the premiere currently-running “best of” series in the horror field, being included is a great honour. I’m hopeful a whole new group of readers get to experience the peach-tree folk horror nightmares that this story aims to deliver.