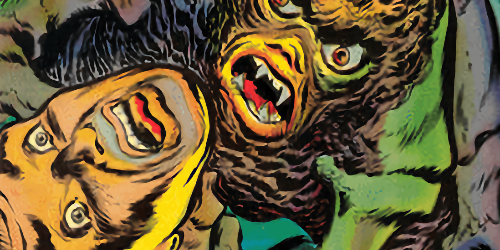 Earlier this week I received my contributor’s copy of BEST NEW HORROR #31 (PS Publishing, 2022), which reprints my story, “Antripuu”, and is the final volume in the best-of anthology series. A thirty-one volume series edited by the same person—in this case, Stephen Jones—is a long run, and with the way the publishing world is going it might be a run that’s impossible to beat.

I’ve had stories in eight volumes of BNH, starting all the way back in #19—which is, itself, a pretty good run, I like to think—and I can still feel the dizzying shock and confusion when I received that email requesting permission to publish my story, “The Other Village”. It felt like an inauguration, in a way; a golden ticket that suggested maybe I was on to something with this writing thing.

This was fifteen years ago, back when BNH was still showing up on the shelves of local bookstores, back when there were still vestiges of the pre-internet world in place. And BNH was something I definitely remembered from that older world.

There have been plenty of other best-of series, and even some best-of Horror series, but when I was going to bookstores looking for material to read, the series that stood out was BEST NEW HORROR. I remember seeing those early covers, flipping through their tables of contents. I even had a few, finding collected stories by great authors I couldn’t find anywhere else. As far as I was concerned in those days, BNH was an institution. It was where all the real writers were.

And then, suddenly, I was in there too. Sometimes, I’m not too ashamed to admit (or maybe not ashamed enough), when I was in those bookstores, I’d flip through their copies of BNH just to see my name there, in a book among so many other books, a whole world of which I was now suddenly a part.

I remember after that first appearance speaking to another, more established writer, and after congratulating me on my story getting in they warned me to be careful. “Steve is fickle, and he goes cold on writers”. So I was careful, but I have to say that was never my experience. Few people have been as constantly supportive as Steve. And I know I’m not the only writer who has felt this way. When he likes your work, when he likes your professionalism, he wants to do what he can to help you.

Here’s another thing about Steve’s run with BEST NEW HORROR: he knows his stuff. He knows Horror. And, maybe as importantly, he likes Horror. Likes different kinds of Horror. What you find in this series that I don’t think you find in many others of its kind is an affinity for the genre and its breadth. If you read year-by-year you get a more accurate assessment of how the genre has shifted and the various ideas that have rippled through it. There’s a context embedded in his view of Horror that is missing in some of the other, lesser imitators that have followed since. I’ve always appreciated that deep understanding of the genre, which is a big reason why I’m sad the series is going away, even if I understand it’s time has probably come.

Because that’s the thing, isn’t it? Time? Time changes everything, even Horror fiction, which as been unfortunately resistant to time’s changes. A lot of it is built on foundations erected in the 70s/80s/90s and stubbornly wants to stay there. For every innovative and experimental writer that joins the field, there’s a score that just want to retell the same stories they grew up with, maybe in a different way. I’m not going to say Steve Jones never included any writer like that in BNH, but more often than not he saw the new voices coming and wasn’t afraid to bring them to light. Even in this last volume there are writers who have never had their work in a best-of before, writers just learning their craft. It’s a commendable accomplishment, this series, and speaking for myself, a transformative one.

But time passing means changes come whether you want them to or not. People get older, the number of aspiring writers grows, and what once was the only game in town eventually gets overrun by others doing the same, doing it differently. Doing it cheaper. I don’t how much longer there will be a market for a book like BEST NEW HORROR. I’m hopeful I’m wrong about this (I am an Eeyore, after all), but the field looks to me due for an implosion of gatekeepers showing us what’s worth spending our time on, leaving us to our own devices to sift through all the debris. If that is indeed coming, better to get out now while the getting’s good.

So, I suppose, all of this is a raising of the glass to Stephen Jones for 31+ years of hard work. Steve, you created something of importance here. Let’s all take a drink and hope it lasts the test of time.