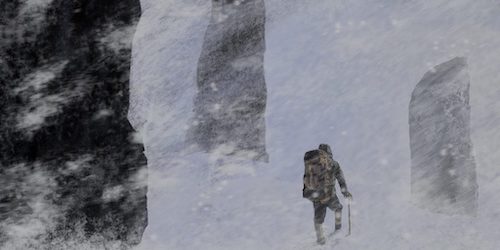 COLD TO THE TOUCH: 10 Years Later

Ten years ago this month, my second collection, COLD TO THE TOUCH, was published by Tartarus Press. Back then, I had been selling stories for about seven years, though none of them saw print for the first three (due, in no small part, to a series of failing magazines and journals, and an overabundance of stories at a deficit of venues). I had published my first collection, BENEATH THE SURFACE, nine months earlier, but it had gone out of print within weeks, so COLD TO THE TOUCH felt in many ways like a fresh start.

I’d decided early to split the sorts of stories I wrote into two group, and when it came time to send a proposal to Tartarus I showed them those stories of mine that took their inspiration from the ghostly and strange fiction I’d long been reading. This included contemporary writers like Ramsey Campbell and Terry Lamsley, but also earlier writers like Robert Aickman, M. R. James, L. P. Hartley, E. F. Benson, and the like. These were liminal stories of mystery, more about the ineffable nature of existence than trying to pin a name or explanation on what might be wrong. They were quieter stories than in the first book, and yet stories that felt more like me than anything else I’d done. They were written in my language.

I’d had another publisher looking at the book before Tartarus, but for a variety of reasons I decided Tartarus was the better place for it. They’d published Aickman, after all, and Arthur Machen, F. Marion Crawford, Oliver Onions, and a host of other writers that appealed to me. And their books were (and still are) gorgeous. Moving from that first publisher ruffled some feathers at the time, and there were hurt feelings to go around, but that other publisher is out of business now, and Tartarus is still going strong, so I suspect I made the right call.

The trip from submission to publication was quick, and when I finally got my hands on the book it felt surreal. It was an honest-to-goodness book. A book. With a spine and everything. It evoked a tactile sensation in me that tied back to every hardcover I’d ever held in my life. Only this one? This one had my name on it. My name. The feeling remains indescribable.

Tartarus published 300 copies, and was on sale for three years (I believe) before it finally sold out its run. By that point, my first collection had been reprinted by Dark Regions, and shortly thereafter I’d sold them my third collection. Both these books, I suspect, sold better than anyone expected. Well enough, at least, that Dark Regions asked if I had anything else they could publish. And the idea of having COLD TO THE TOUCH available again, but this time in an inexpensive trade paperback that would be released in the USA, seemed too good to pass up.

The collection was never nominated for any awards, but one of its stories way. “Pinholes in Black Muslin” was a finalist for the British Fantasy Award, and other stories from the book, namely “The Other Village” and “Cold to the Touch”, were both included in different volumes of the MAMMOTH BOOK OF BEST NEW HORROR series, so I consider the book an all around success. It was many people’s favourite for a long time (and might still be). It’s definitely one of my favourites.

Alas, the book went out of print from Dark Regions as well a year or so ago, but one can still find copies floating around the secondary market. There’s an ebook version of it as well, for those who like preserving their shelf space.

If you ask me, though, I’d tell you to splurge on one of the original Tartarus hardcovers. They just don’t make enough books like that anymore. And I very much think they should.