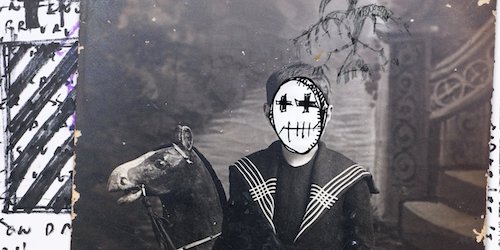 My new story, “Antripuu”, is now available in the ebook edition of Nightmare Magazine, issue 82, alongside a short interview with me discussing what it might mean and what I was trying to say and do when writing it.

This piece was an experiment, written during an unusually prolific period. My primary goal was to create a tale that was unambiguously a horror story, something I thought I hadn’t done much of at the time, as I’d spent the previous few years focused on writing my last collection, NOTHING IS EVERYTHING. I also wanted to tell a story that was fast and lean—and to that end I spent most of my time on it going over every word again and again, looking for anything superfluous. I really think this one is as lean as I could possibly make it.

Nightmare Magazine is a great source of horror fiction for those who need a regular hit. Not only does it publish two new stories a month alongside two reprints, but it’s also filled with interviews, novel extracts, and a great column, “The H Word”, all about this genre we love so much. It’s well worth your money to buy a subscription so you can keep up-to-date. And at less than $24 per year, it’s a virtual steal.

But if you’re not persuaded yet, why not sample the magazine? Each Wednesday, a story from that month’s issue is released for free on the website. Simply pop over and see what you’re missing. “Antripuu”, for example, is due to be released on Wednesday, July 10th, but don’t let that stop you from visiting before and after to read the other great stories as well. They’ll all knock you off your feet!