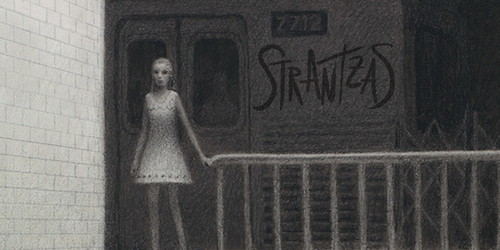 NOTHING IS EVERYTHING from Undertow Publications

Today is the official release of NOTHING IS EVERYTHING, my fifth collection of short fiction, published by Undertow Publications.

It’s been four years since my last collection, and the field of horror fiction (or, at least, what I think of as horror fiction) has changed just as much as it had in the years between that previous book and the one that preceded it. During that span, the idea of Weird Fiction (note the capitals) was starting to become a thing, focus most especially (it seemed) on the works of Lovecraft, and on his Cthulhu Mythos. That last book was released if not right at the moment Weird Fiction was getting a firm footing, then pretty close to it. I got lucky with the timing.

As much as I enjoyed writing the stories in that book, when the time came to start working on a followup I’d pretty much burnt myself out on Lovecraft and related works. There were only so many tentacled old one stories in me, I guess, and as much fun as it was to play in that playground, I was itching to get out. So I started writing the stories that make up NOTHING IS EVERYTHING.

I’m not going to claim there’s nothing at all of Lovecraft in these stories—we all work in a continuum, after all, and are the sum of our influences—but I will say that it’s not the primary drive of any of the stories, and even then hardly the point of any.

It’s hard to know what to say to sell this book to people on the fence about reading it. The smart thing would be to lay it all out here and now and try to hype the book, but I don’t want to do that. I want people to read and experience the book on their own. I want them to come across its secrets organically, and see if and how it makes them feel. I want people to be surprised if these stories are able to surprise them, or be touch if the stories are able to touch them. I want people to experience the book on their own, sans as much hype as possible, if possible.

The table of contents is:

Since I don’t really want to talk too much about the stories themselves, let me explain that the book contains ten stories, one of which is a 30,000-word novella. Of these stories, half of them have been published before, and half (including the novella) are new. What that really means, though, in terms of words, this book is about 75% new. After the last book, I promised not to write another book that was mostly new fiction, but I’ve done it again for a number of reasons, one of which being that by the time I started having the stories completed, I realized there wouldn’t be enough time to publish them elsewhere and still be able to assemble a collection for 2018, and I was eager to have a book out this year. I’d already put it off too long while editing other books and working on other projects. Plus, I don’t know, there was just something about this book that made me want to present it to the world fully formed.

I’m not sure how readers of my work will take this book. It’s not like any of the collections I’ve published before, and yet it’s a lot like them. All I can really say is I’m really proud of this one. Really proud, and really excited to share it with readers. I hope you give it a chance, and tell your friends and enemies and lovers to give it a chance. I think it’s worth your time, but I guess I would, wouldn’t I?