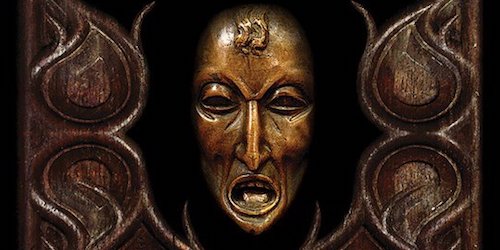 The field of horror (or weird, or dark fantasy, or whatever you’d like to call it) has grown tremendously over the last decade or so. When questioned for my opinion on why, I used to put the blame squarely on the rise of the internet, and while I do believe technology and the way is has changed (and continues to change) every aspect of our lives is a contributor that can’t be overlooked, I also think there’s something more going on. We’re experiencing that cyclical return of readers who find some comfort in the dark, and I think that’s driven as much by the talent in the field as it is by readers searching for that talent. They feed off one another.

Everyone has a different writer they point to when they say “This one. This writer showed me what horror could be.” Sometimes they’re old masters, sometimes they’re new (and maybe-one-day masters) but what really sets them apart is their outlook on the work. It’s different. Different from what others have done, different from what their contemporaries are doing. Sometimes these different voices are recognized immediately by the masses, sometimes by no one at all, but they’re there. They are always there, working. Slowly chipping away at building a body of work that it uniquely their own.

In the last few years, I’ve made a concerted effort to read more fiction than I have since the business of writing consumed me. In that time, I’ve tried to read a cross-section of different work, some from fledgling writers, some from writers who have been at it longer than I’ve been alive. A lot of the work, as good as it is, reads the same. The way the writers see the world, the way they relate it to the reader, is similar, even if the sorts of stories they tell are different. Every era, I think, has a distinct voice, one that you can’t necessarily detect as it happens, but on reflection is so clearly of its time. A lot writers, most writers, working today work in that common voice.

And, then, there’s Richard Gavin.

I don’t like talking about Richard’s work. He and I have been friends for a number of years, and sometimes I fear how it might appear when I mention it. We all know writers who cannot stop pimping their friends, over and over, at every opportunity. I never want to appear to be that kind of writer. However, every once in a while, I feel motivated to break my silence and discuss why Richard and I are friends. It has a lot of do with personality, this is true, but it has even more to do with the sheer respect and awe I have for—and of—Richard’s work. Since before I formally knew him, it has both surprised and inspired me. Richard’s work is not like anyone else’s working today, and SYLVAN DREAD (Three Hands Press, 2016), his latest collection (available in paperback from Amazon right now) is a prime example of why. Every way one could describe the work describes its contents as well—ancient, dark, gnostic, awful, mesmerizing, hallucinogenic, mysterious. These are beautiful tales of shadowed borders, culminating in a novella that is one of those tales that alters you irreparably. This book… this book is so far removed from the every day horrors that line our shelves that it almost seems impossible it could exist. I’m not sure how else to describe it. It’s funny: there’s a photo of the hardback version of the book somewhere on the internet without its dust jacket, and the daylight is reflecting off the gold embossed boards, giving the book and ethereal quality. It’s apt, considering its contents.

It’s a strange time to be a horror writer: there is so much stacked against you, from other forms of communication to a wealth of entertainment options that can distract you from the terrors of just living. But even in their multitudes, few of them will actively work to rewire and awaken you. SYLVAN DREAD makes that attempt. I can’t guarantee it will work for you as it does for me, but I sincerely hope it does. I hope you buy it; I hope you read it; and I hope it makes you a different person than you are now. Things, they always look different when you are finally awake. Let’s hope for the better.