“First Miranda” in TERROR TALES OF THE OCEAN 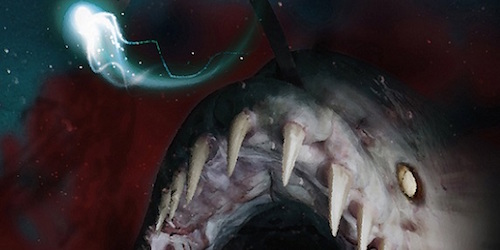 When one of your favourite authors invites you to write a story for an anthology series they edit, you jump at the chance. And so it was when the incomparable Paul Finch asked me to contribute to TERROR TALES OF THE OCEAN (Gray Friar Press, 2015). My story, “First Miranda”, deals with identity and infidelity and the way simply being alive can change a person in innumerable ways.

What’s interesting about “First Miranda”, at least in my estimation, is its genesis. When I started thinking about what I might write for the book—or more accurately how I would fit in the writing of the story among the other obligations I had—I realized rather early that a smart course of action would be to rescue a story I’d written earlier that I’d never sold. And by “earlier”, I mean the first story I wrote when I decided to start sending my work out to editors. It was the first professional story I’d written, and though it was never accepted anywhere, I reread it a few years ago and thought it wasn’t as embarrassing as I predicted. A run-through with modern eyes was all that was needed to save it. Or so I told myself. It was only when I sat down to see how it could be fixed that I realized how little was salvageable. I kept the most basic of situations—a couple vacationing to save their marriage—and some of the images, but from them I crafted a new and (I hope) better tale from its ashes. I’m not sure if “The Quiet Harp” will ever see the light of day, but it was a stepping stone that led me here, so the time invested was worth it.