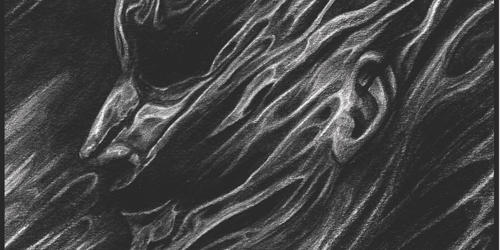 Today, the first volume of THINKING HORROR: A JOURNAL OF HORROR PHILOSOPHY is available. As co-founder and Associate Editor of the journal, I wanted to take a moment to explain its genesis. At least, my side of the story. (I’m sure my co-founder remembers things differently.)

I’ve long been interested in written horror. By which I don’t necessarily mean the Horror genre, or the mode of writing horror, but the underpinnings of what the category itself is and how opinions differ from person to person. I find discussions and analysis of horror interesting, and the history of its undercurrents and/or subgenres (folk, regional, strange, weird, bizarro, and so on) infinitely study-worthy. I enjoy the intellectualization of horror—both as reader and writer.

Because of my interest in how horror works, and how its interpreted and the messages encoded within it, I’ve bemoaned the fact that there aren’t many venues for discussing the philosophy of horror. It’s the sort of thing writers get together to discuss at conferences and conventions, it’s the sort of thing readers discuss on social media, or in the basement of bookstores, or in bars… A lot people like to hash it out, but these discussions are fleeting. They’re certainly rarely recorded, other than as a reference point to something else. At best, we get a monthly column in magazines like BLACK STATIC or NIGHTMARE, but nothing that really tackles the questions head-on and with dedicated focus.

It was a void that weighed on me for some time. I’d often post messages about it to social media, suggesting that were I not spending all my time writing, I would want to edit a journal to answer the question “Why Horror?”. And when I’d post those messages, I would receive comments from a hungry audience, wishing for the same.

I met s.j. bagley online at some point. Quite probably, via the Shocklines message board in the early 2000’s (where the horror community gathered before Facebook). Over the years, it became more and more apparent that sjb and I agreed on a good number of topics when it came to horror fiction, including its themes and modes and construction. Critically speaking, we saw eye-to-eye. Many of my social media discussions on the topics of horror were carried out in public or private with him, and I always came away from them impressed with his knowledge of the field, and the amount of thought he put into it.

It was while on I was on vacation in Chicago, laying in bed in the middle of the night, that the idea occurred to me. What if he and I were to combine our ideas into a single journal? We saw eye-to-eye on so many aspects that it seemed inevitable our ideas would cover similar ground, so putting everything into one place made a lot of sense. Plus, between the two of us, we could afford to electronically publish something without much risk, and see what might happen. The idea rattled in my head all night. And continued to do so during the following day, so I dropped sjb and note and proposed the idea. I believe he was instantly sold.

The rest speaks for itself: we hashed out details, invited writers, conducted interviews, until the material was collected and published as THINKING HORROR Volume One. You can buy it now from Amazon in the USA and UK. (Other vendors soon to follow.)

One thing I should make clear, since it doesn’t seem I’ve done a very good job of clarifying it so far: the initial spark of combining ideas may have been mine, but from the outset, primarily by design, the product you can buy today is wholly an s.j. bagley production. I played very little part in the actual shaping of this journal, and editing. I was more an adviser than anything else. A springboard and second set of eyes. As much as I’d like to take all the credit for myself, it’s really him who has done it. He is the Editor of the journal, through and through, and I think it’s an amazing achievement.

There’s a tendency with these sorts of things to inflate one’s egos and importance, so I’ll avoid that here. I certainly hope the journal becomes considered an important brick in the too-thin wall of horror criticism, but it’s okay if it doesn’t. Time will tell. But I think the end result of this journey has been a fantastic first volume, and its my sincere hope you enjoy it, and any subsequent volumes the future may bring. There are some exciting plans in place!