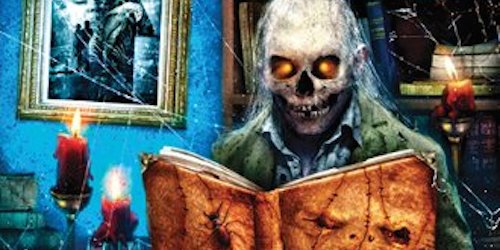 My story, “Stemming the Tide”, was first published last year in Silvia Moreno-Garcia’s DEAD NORTH. Since then, it has been selected by Ellen Datlow for the latest BEST HORROR OF THE YEAR, then by Paula Guran for her reprint anthology, ZOMBIES: MORE RECENT DEAD. Stephen Jones, editor of THE MAMMOTH BOOK OF BEST NEW HORROR (Robinson, 2014), too, was taken by it, and has included it in volume 25 of that long running series.

I don’t have much more to say about the story that I haven’t already said before, but in terms of venue I’m never more proud than when Stephen Jones takes one of my tales for BEST NEW HORROR. Long before anyone really noticed what I was doing, Jones took an interest, and has included something from me almost every year. He has been a great supporter of what I do, and despite the reputation he’s received in some quarters, has never been less than a friend to me—one who has never spoken anything but the truth. His achievements are woefully under-appreciated on this side of the Atlantic. The BEST NEW HORROR series, under his guidance, has been the longest continuously running series of its kind (save the PAN Books of Horror). It’s no mystery to me why.