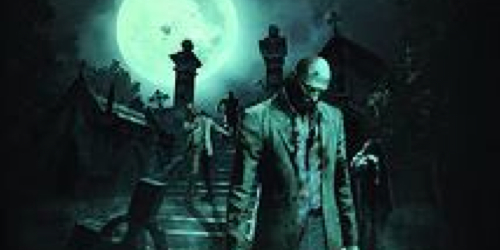 I’m not typically interested in zombies or zombie fiction, so my output has tended to shy away from them, but I did take a stab at a short one for Siliva Moreno-Garcia’s DEAD NORTH anthology. I did so simply because I had time, had an idea, and for some reason the concept of the anthology piqued my interest. I was pleased that Ms. Moreno-Garcia took it for the book, and pleased again the following year when Ellen Datlow selected it for her YEAR’S BEST HORROR series.

And here I am again, being pleased, as Paula Guran has selected it for inclusion in her new anthology, ZOMBIES: MORE RECENT DEAD (Prime Books, 2014).

For me, zombies are most interesting as metaphors than as monsters. As monsters, they’re fairly one note, but as a metaphor for humanity, they seem to have a lot of power. They’re ghosts with flesh, and have a presence no other monster really has. Frankenstein’s Monster was a zombie—he’s the rock star of the zombie world, a veritable Zombie Elvis. But, of course, we owe the biggest debt for the modern zombie to George R. Romero and his Living Dead films. Even then, Romero understood the zombie’s power was in metaphor.

I can’t say exactly how I came up with the idea of an invasion by our own future and deceased selves—no doubt it was a side-effect of my fascination with events that ripple though time in both directions. Whatever magic alchemy happened, I’m thrilled, as it’s made this story more popular than anything I’ve written thus far. Not bad for something only a few pages long.