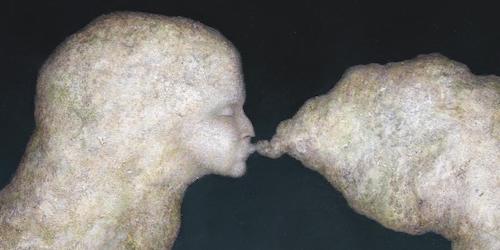 “So Much Potential” in UNCERTAINTIES 5

While working on a larger project, I took time out my schedule to write two stories concurrently. It’s something I’d been experimenting with to see how it might help the sometimes long drawn-out process of hammering my fiction into shape. I’d hoped by alternating between two pieces I might give my subconscious mind the chance to fix any lingering issues with one while working on the other. “So Much Potential” (UNCERTAINTIES, Vol 5, Swan River Press) was one of the results of this experiment.

As usual, inspiration for a story comes from all sorts of places, but in this case the image of a man sitting absolutely still, hands flat on the table, came from a piece of police interrogation footage I’d seen online of an alleged criminal who stay similarly motionless for hours. The sight of that abnormal behaviour sparked inside me, and I wanted to express it in a story that might take advantage of its strangeness. The story also wanted to explore, to a lesser degree, the imminent threat that men often pose to women. Each interaction can be fraught with danger, and it really is only a short jump from the real world terror to something supernatural.

When Brian J. Showers approached me to contribute to his successful UNCERTAINTIES series I was immediately flattered and knew this story would be up his alley. I’m thrilled he enjoyed it. I was also thrilled to see some of the names I’d be sharing space with in the table of contents. It’s no secret one of them was an important voice for me when I was younger, so to have a story of mine in the same book as this person was the sort of dream-come-true you never actually dream because it seems so ludicrous to think it might be possible.

UNCERTAINTIES 5 is available now directly from Swan River Press. While you’re there, don’t forget to pick up the other volumes in the series, and maybe some more of their other fantastic books as well.