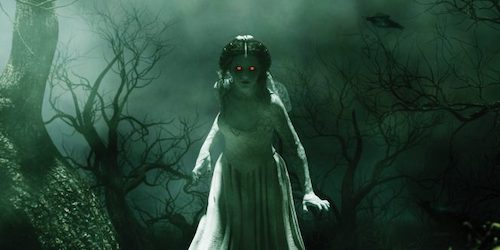 This month, the online magazine, THE DARK, has reprinted my story “Our Town’s Talent”, which originally appeared in my collection, NOTHING IS EVERYTHING. This story was originally conceived as something of an homage to one of my favourite writers, Steven Millhauser. Often in Millhauser’s work, one finds everyday situations that are iteratively expanded in a increasingly larger and more fantastical events—most famously, I’d wager, in his Pulitzer-winning novel, MARTIN DRESSLER, where Dressler builds increasingly larger and more opulent hotels, passing from reasonable to unreal. I thought I might do something similar in my own story of talent shows, each growing more unusual than the last.

There’s something appealing about that sort of story to me: one where the unusual slowing encroaches upon the usual, like the proverbial frog in boiling water. And, similarly, just as immersive. It’s a model that works just as well for horror as it does fantasy, and really it operates quite successfully in their overlap. After all, there’s nothing overtly horrific about “Our Town’s Talent”, yet I think it easily fits within that mode, considering it mysteries and disappearances.

Of course, I would think that, wouldn’t I? Everything I write is horror, because everything in life is horror.