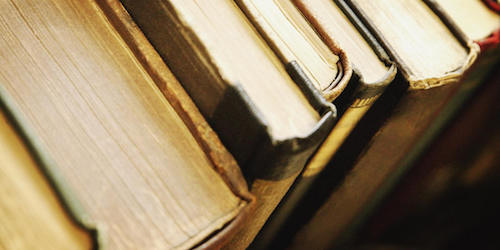 Some favourite reads of 2017

The past twelve months have been rather quiet for me on the writing front as I’ve been focusing my energies on completing my next collection (which should be published next autumn). But a fellow can’t write all the time (even should he want to) so I’ve been filling the rest of my moments with catching up on some reading. This year, at least, I was able to read more books than I bought, which means I’m slowing whittling away the dreaded “to be read” pile that every reader has towering in some room of her or his house or apartment.

This year, I had two goals: the first was to alternate, as much as possible, between collections of stories and novels; the second was to ensure at least half the books I read were written by women. Though I can’t say I achieved perfect success with either of these goals, I feel comfortable in noting that I came very close in both instances.

By dipping into contemporary and past work, I was able to visit a lot of writers I haven’t spent enough time with before, and some I hope to spend more time with in the future. Some of the standouts for me this year included the weird science of William Sloane’s THE EDGE OF RUNNING WATER; the unnerringly fantastical of Kij Johnson’s AT THE MOUTH OF THE RIVER OF BEES; the nested novella that comprises the heart of John Langan’s THE FISHERMAN; the eastern vibe of Marc Joan’s THE SPECKLED GOD; the always affecting Steven Millhauser’s VOICES IN THE NIGHT; Peter Straub’s A DARK MATTER, the codex for his current work; the stunningly written RUNAWAY by Alice Munro; the bizarre UBO by Steve Rasnic Tem; Helen Marshall’s award-winning GIFTS FOR THE ONE WHO COMES AFTER; the genre-sparking tale of Thomas Tryon’s THE OTHER; Nadia Bulkin’s fantastic SHE SAID DESTROY; Kelly Link’s inspiring GET IN TROUBLE; Kristi DeMeester’s horrific debut, BENEATH; another fascinating look into the world of the Ladykiller with Peter Straub’s THE PROCESS (IS A PROCESS ALL ITS OWN); Alex Smith’s aggressive HIVE; the brilliant Margaret Atwood’s brilliant THE HANDMAID’S TALE; Gemma Files’s intensely personal EXPERIMENTAL FILM; the disorientingly brilliant A COLLAPSE OF HORSES by Brian Evenson; Dale Bailey’s exploration of people and apocolypses in THE END OF THE END OF EVERYTHING; Carmilla Grudova’s weird (in the truest sense of the word) THE DOLL’S ALPHABET; the brutal horror of Bernard Taylor’s THE GODSEND; the masterful terrors of Reggie Oliver’s HOLIDAYS FROM HELL; Grady Hendrix’s nostalgic PAPERBACKS FROM HELL.

And that’s just some of what I encountered. There were individual stories mixed in occassionally, and a few books I started but for various reasons did not complete, or completed but cannot talk about at present but will in the near future.

Some of the books I read I’ve spoken about here already at greater length, but not all, which should not be taken as any kind of signal about relative worth. Sometimes, one reads a great book but has little to say about it that feels at all interesting or original. In those cases, I leave it to others to extole those books’ respective virtues.

In a few days, it will be 2018, and I’ll start again reading as many books as I can find time for and talking about those that impressed or affected me. I hope there are some readers who glean something of interest from my small insights, and are thus inspired to read some of the books I’ve mentioned. That’s what books are for, after all: to be read. And despite what some might have you believe, there’s an audience for all of them, sometimes comprised of the most surprising readers. I’m hopeful you find and fall in love with a book that will surprise others. It’s within these unexpected cracks and nooks that our true selves are ultimately and utterly laid bare.