“Doused by Night” in LOOMING LOW 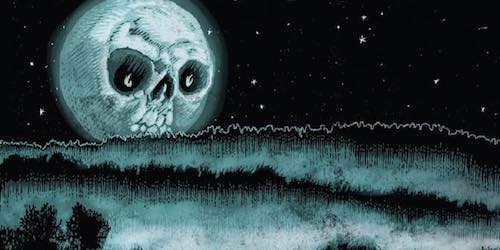 My story “Doused by Night” appears for the first time this month in the anthology, LOOMING LOW (Dim Shores, 2017).

Sometimes a story requires a lot of massaging and consideration before I can even start to write it, and sometimes even after that work the story requires further effort to tease out its voice and its meaning. Those stories can be tough to write, but it makes discussing them after the fact more interesting. There’s a chain of events, a rise and fall of action—in essence, the writing of the story is a story in and of itself.

Occasionally, though, there are stories that fall together somewhat easily. One sits down in front of the page and a story tumbles out. “Doused by Night” was like this, which means that my notes on the story when looking back are anemic at best. There’s just not much to tell beyond that it went through successive iterations until it reached a publishable state.

What I can say is that the goal for the story, at the outset, was to meld noir fiction and weird fiction. Despite how often we see this pairing, it never fails to amaze me how the two lenses view the world a similar way—with a deep and inherent mistrust. Noir mistrusts institutions and weird mistrusts existence, but both bristle at the forces that aim to control us. I wanted to explore this my own work, so as a seed I started with the idea of riffing on one of my favourite noir films, D.O.A., which tells the story of a man who discovers he has been incurably poisoned, and aims to solve the mystery of his murder in the final day he has left to live. It’s a great film (barely sullied by the remakes that have followed) and I thought it would make a great weird noir tale.

The only other aspect of the story that strikes me is how on occasion I’ll discover a story doesn’t intend to finish where I initially anticipated. Where I thought this story was headed turned out to be a different place altogether, which is never not exciting, just as it’s never not terrifying to experience. The only way to make it through is to forge ahead and find the spot where everything that needs telling gets told. The art can be in figuring out exactly where that spot is.