“The Nineteenth Step” in THE YEAR’S BEST WEIRD FICTION, VOL 1 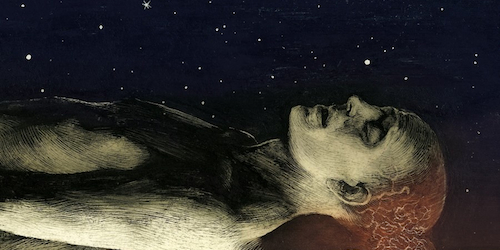 When Laird Barron selected “The Nineteenth Step” for inclusion in the inaugural edition of THE YEAR’S BEST WEIRD FICTION (Undertow Publications, 2014), I was a bit surprised. Not because I don’t like the story, because I do, but because the story is linked to the anthology I edited for Gray Friar Press, SHADOWS EDGE, where it acts as the prologue for the series of tales to follow. But, of course, the thing was always intended to be able to stand on its own, which I suppose makes it a perfectly acceptable candidate for such a volume as that from Michael Kelly’s press. And what a volume it is!

What inspired “The Nineteenth Step”, as is so often the case, has been lost to time. I believe the original destination for the story was an anthology of original fiction inspired by Arthur Machen. I was no doubt fascinated, intellectually, by reports of young couples who spend their time flipping houses to save up a nest egg for their future. Mixed in with that was an exercise in the supernatural mundane—in this case, a set of stairs. I’m not sure why stairs demand such interest in supernatural fiction, but they’re a common bit of staging in some of the most memorable stories. The original draft of this tale ran into a wall that I couldn’t find my way past satisfactorily, so it sat unused until the time came to edit SHADOWS EDGE. It was then I remembered the story, and recalled Peter Straub’s metafictional introduction to GHOSTS, and Clive Barker’s opening story for the first BOOKS OF BLOOD, and realized with a bit of reworking that my idea for a tale might be the perfect lead-in for my anthology. And, it seems, Messrs. Barron and Kelly agreed, as it plays the same roll here.