“Out of Touch” in NIGHTMARE MAGAZINE #23 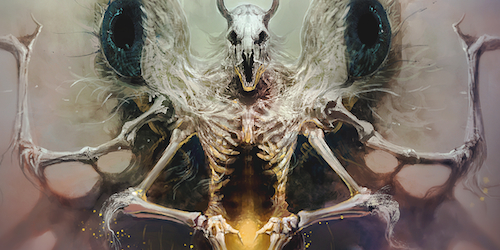 I suppose every writer has a story that doesn’t get the notice they hope it will. For me, that story is “Out of Touch”, which originally appeared in CEMETERY DANCE #64, and can be found reprinted this month in NIGHTMARE MAGAZINE #23.

When I was working on the first draft of the story, I realized quite early that it simply wasn’t working, and it was only after days of pondering just why that I realized the problem: it was in fact two different stories poorly woven together, and both were fighting for dominance. So, I did what any good parent does when he or she gives birth to conjoined twins: I split them with a fine scalpel. The first became “Out of Touch”; the second “Pale Light in the Jungle”. Of the two, I think the former is the more accomplished tale. In fact, I’d argue it might be the closest I’ve even come to writing a perfect story.

There is a camp that claims there are three aspects to a story: characterization, plot, and theme, and every story written, good or bad, falls somewhere within this triangle. Much contemporary fiction tends to favour character-driven work, where plot is secondary and theme, a distant third. My own fiction tends to place a heavier reliance on theme—if not in the primary spot, then certainly a close second. As I suggested, all fiction falls within this spectrum, but in my experience these aspects, though they exist in a story, are not often fully integrated. Characterization may inform plot, and plot may inform theme, but characterization doesn’t always inform the theme directly in these cases (or, vice versa). Or, if it does, it may do so very tangentially.

I feel with “Out of Touch”, however, I managed to hit the triangle dead centre, where plot informs theme and characterization to the same degree they inform it, and each other. To my mind, everything in that story is balanced in a way most stories aren’t. It’s a story that resonates on all the frequencies.

Of course, my Platonic ideal story belongs only to me—others may have their own criteria, and “Out of Touch” may fall short on their yardsticks. I can’t do much to help that, and perhaps it explains the story’s positive, though not extraordinary reaction. For me, though, the story acts as a perfect indicator for those curious of what, exactly, I’m trying to do with my fiction, and it may act as a key for further examination of my work.

Or, you can simply read it as-is and take as much or as little as you want from it. Ideals aside, I’m hopeful readers find it an interesting yarn, if nothing else.

NIGHTMARE MAGAZINE is available now as an electronic book, but throughout the month most of its contest will be released for free on the web. I believe “Out of Touch” will be unlocked at the end of the month.