“The Nightingale” in NIGHT LAND #7 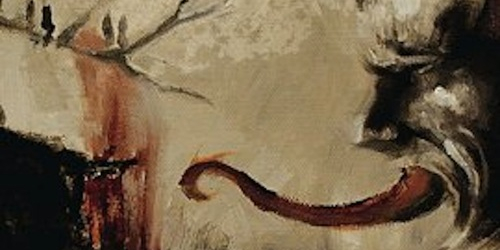 Appearing in translation this month in NIGHT LAND #7 (in Japanese, no less!) is “The Nightingale”, the title story from my third collection, NIGHTINGALE SONGS (Dark Regions Press, 2011). The origins of this story illustrates one of the many ways writers get their ideas. As I recall it, I was out to dinner with my wife, likely boring her with talk of writing mechanics. During the conversation, in order to illustrate a point, I pulled from thin air the example of writing a story around the idea of an “owl pellet”—that wad of indigestible parts of a mouse or other small rodent owls regurgitate after they feed. As I explained this on-the-fly example to her, I instantly realized I’d become enamoured with the idea, and set myself down to write the tale when we returned home.

Originally, the story was meant to be yet another adventure for my not-quite-alter-ego, Simon Hearst, but I realized that as much as I enjoyed writing in his voice for “Mr. Kneale“, I’d said all I wanted to say about him there, and without that cog the new story simply stalled. It was only when I found a new protagonist that things began to move again.

This tale likely owes quite a bit to Robert Aickman’s “The Swords”, in that the subtext (and not-so-subtext) of sexuality that permeates the piece was no accident. I don’t often write about sex in my fiction, at least outright, but like Aickman I am fascinated nonetheless with its effect on us, and I think it’s interesting that a lot of sex in a story can be arousing and/or sickening, and yet just a little can be deeply unsettling.

I’m quite thrilled to have this second story translated into Japanese so it can be enjoyed by a different part of the world, and I very much hope those readers are taken by it.