“By Bizarre Hands” in THE GRIMSCRIBE’S PUPPETS 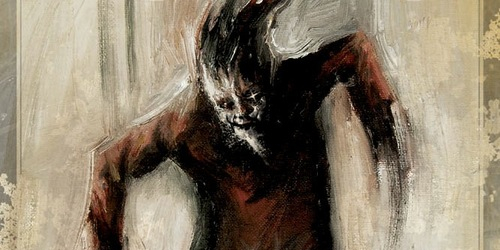 Around the same time Joseph S. Pulver, Sr., asked me to send him something for his King in Yellow tribute, he also inquired if I might also be interested in contributing to another volume he was editing, this one in tribute to Thomas Ligotti. Ligotti is arguably the most influential horror writer alive today, and a great influence on my own work, so needless to say I jumped at the chance. My tale, “By Bizarre Hands”, was written for THE GRIMSCRIBE’S PUPPETS (Miskatonic River Press, 2013), and I’ve always been pretty pleased with it. The story’s elements are pulled from Ligotti’s work, this goes without saying. Puppets and mysterious people and dislocated places abound, yet also in the mix of influence is the author Steven Millhauser, long a favourite of mine, whose carefully crafted descriptions of fantastic ordinary things creates a hazy otherworldliness that has always seemed to me similar to Ligotti’s tales like “Our Temporary Supervisor”. My story endeavours, as my stories often do, to confront confluences of reality, and further explore what exists beyond our perceptions of people and places. When I wrote the story, I worried its connection to Ligotti was tenuous at best, but Joe accepted the tale enthusiastically. Looking back at it with the benefit of intervening time, it seems quite the opposite now—almost ultra-Ligottian. And some reviewers have agreed. Yet another example, I suppose, of how writers are often their own worst critics.