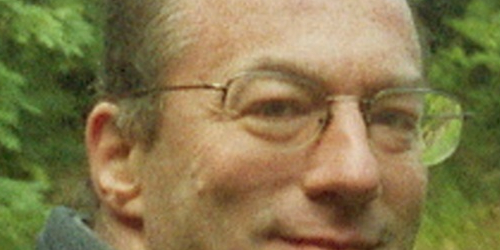 I suspect I won’t be the only one posting my thoughts on Joel Lane over the next few days, but this is something I feel the need to get out, even if it ends up repeating what so many others will say.

I can’t begin to express how big of a loss I think it is that Joel has passed away. Living across an ocean from each other, we weren’t close, but I loved and respected him like one does anyone that talented and important. He was a major force in the miserablist movement, that’s true, but even more so to me he was important for the sheer craft he brought to the written word. He contributed a story to SHADOWS EDGE, the book I edited last year, and I remarked to him how incredible it was he could write such a layered and dense story in so few words. He was a master of conciseness, and yet his work was filled with beautiful surreality and dream spaces. He made me intensely jealous with every word I read. And I only wanted more.

His non-fiction was just as fabulous. A regular contributor to Wormwood, I used to look forward to any issue with an essay from him. In fact, this latest issue was to contain the second part of a retrospective on Robert Aickman, and I was disappointed when I found out his health had prevented that from happening. Now, I suppose it never will. I know that he hoped one day to release a critical book about the genre, and it was a book I was very much looking forward to. Another project forever gone. This is what hurts most about death—the loss of all the might-have-beens. There are so many things, so many stories left for Joel to tell. All of them will never be told.

This year, I was as excited as anyone that Joel won his much deserved World Fantasy Award. It was a sign that, finally, what he brought to the world of fantastic fiction was being noticed. In some ways, it makes what happened even more tragic. But I have a funny feeling that Joel influence and impact on this genre is far from over. Similar to folks like Karl Wagner, who also died too early, I think Joel and his work will be remembered for a long time, and his reputation will only get stronger as time moves on. I’m very proud to say I met him, I knew him, I learned from him. It’s not always your heroes are so close. Unfortunately, it’s also true often they are taken away before you are truly ready.

I urge you to pick up WHERE FURNACES BURN, his World Fantasy Award winning collection, or THE LOST DISTRICT. And read them. And learn from them. God knows I have.